Q refers first, to this document: 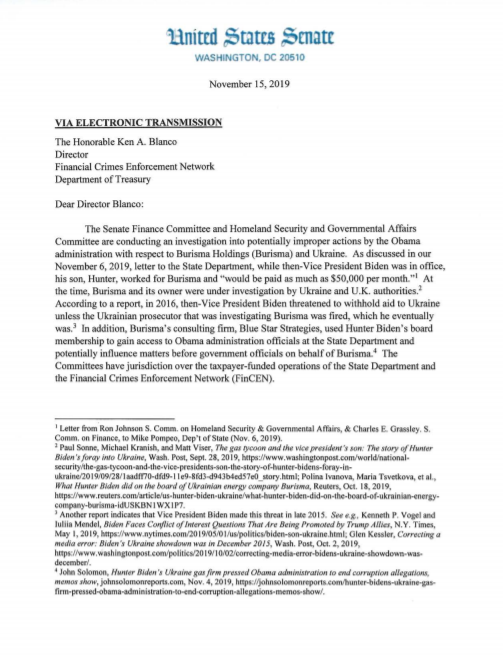 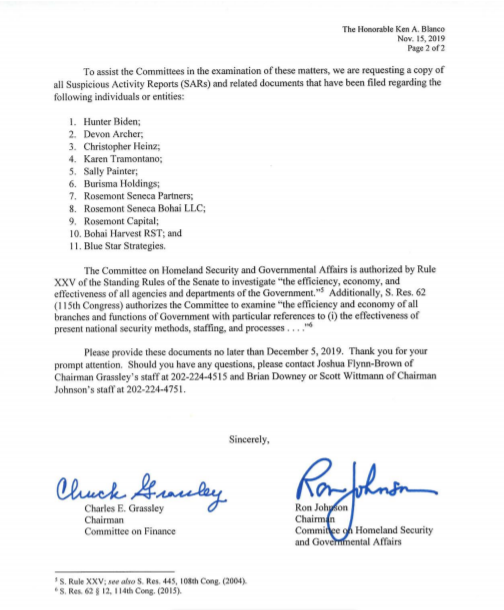 Let’s take a look at some of the names within the letter from Sen. Grassley and Sen. Ron Johnson: 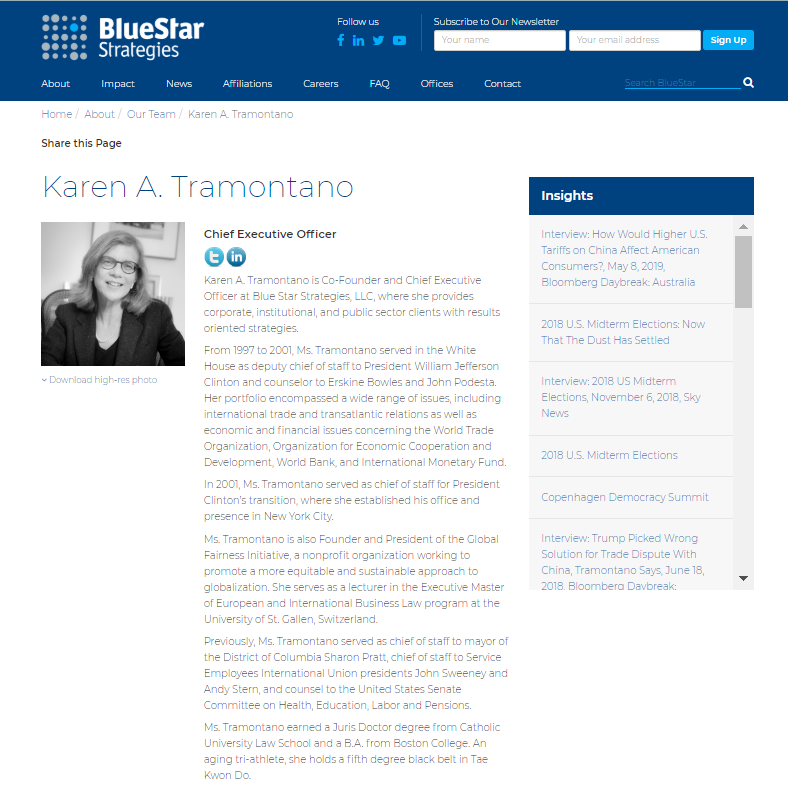 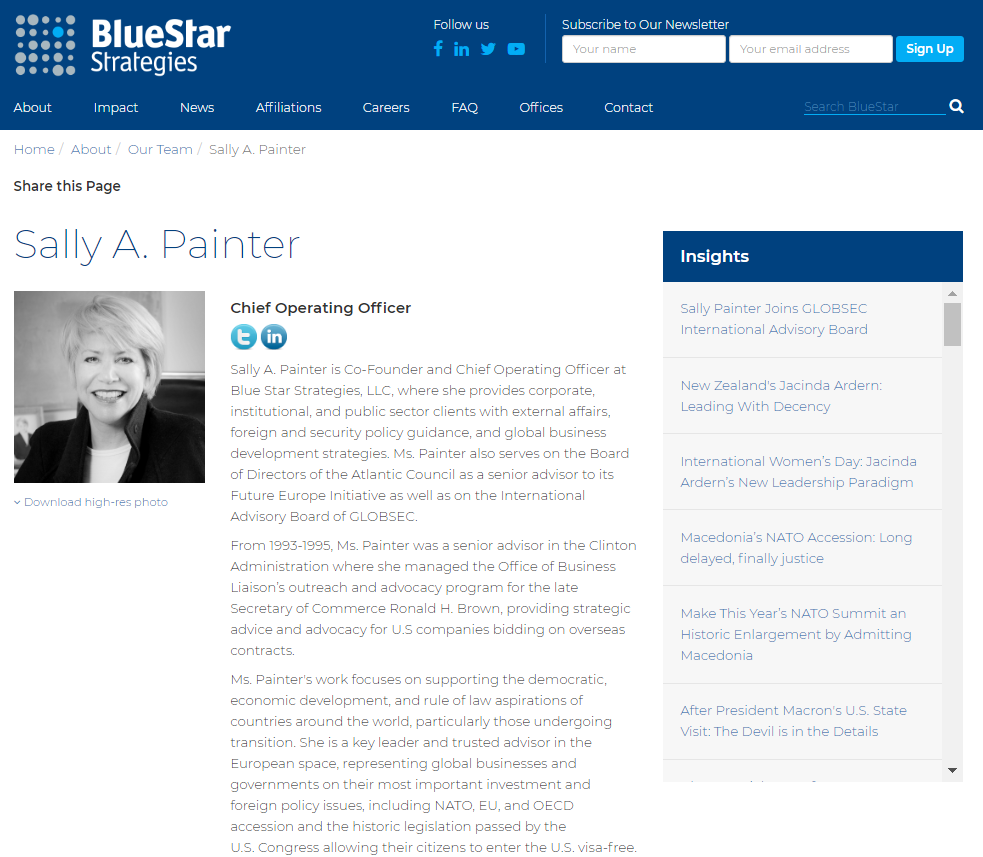 Here are some articles about some of the players in the letter, if you would like additional reading:

Senate was the target. -Q

The Senate has multiple BIDEN/BURISMA investigations ongoing by Grassley, Johnson, and Graham – this was the intention and why the Senate was necessary.

General Flynn posted this on Nov. 4, 2016, right before the 2016 election, way before Q even mentioned it the first time. 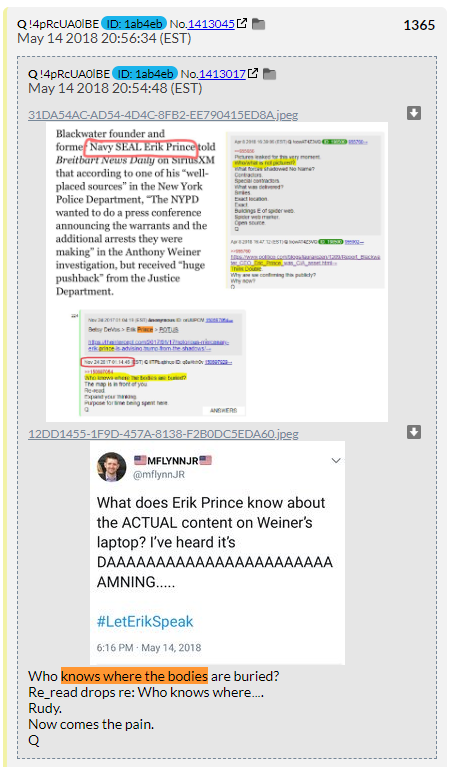 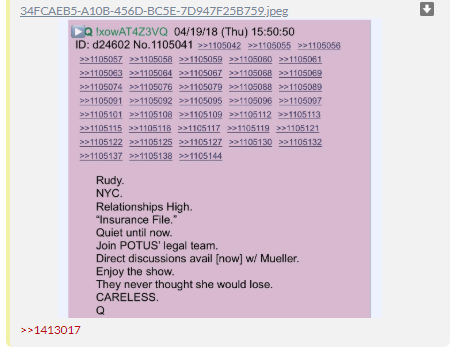 Looking back now, we can see that Flynn knows where the bodies are buried. So does Rudi Guiliani!  His ties to NYC and the many relationships he has with the NYPD are very important, especially when it comes the WEINER/HUMA “Insurance File”. 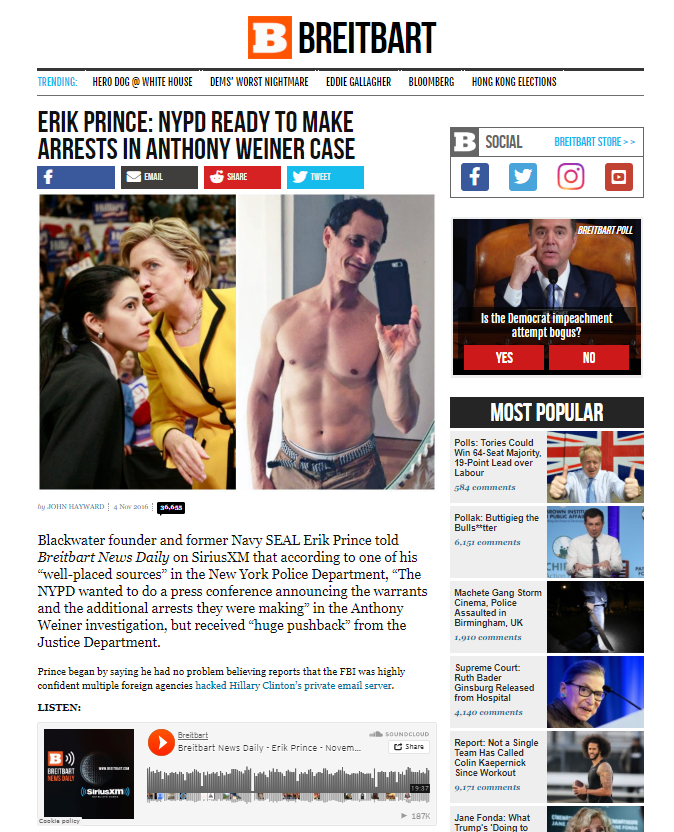 You can listen to the podcast below.  It is very REVEALING:

THEY know where the bodies are buried! 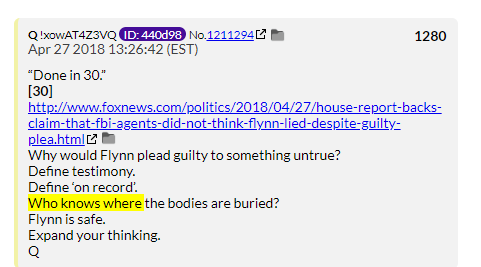 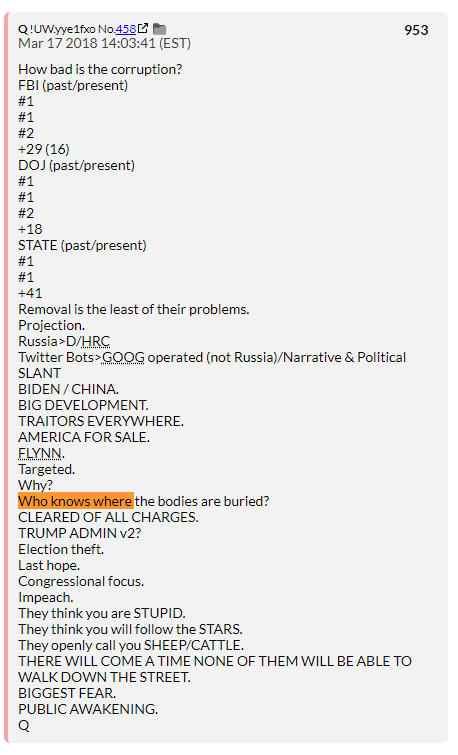 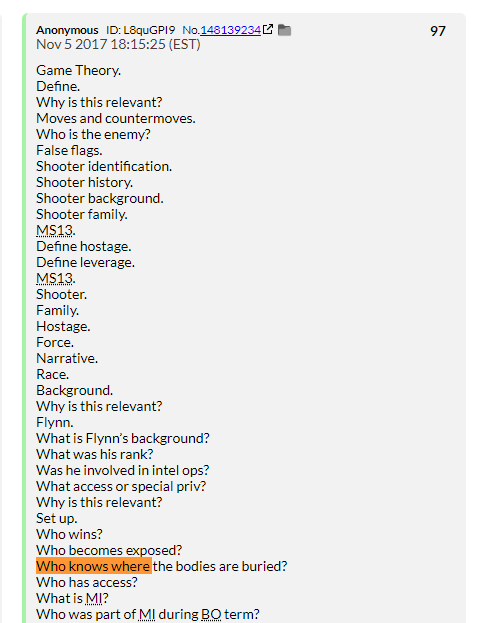 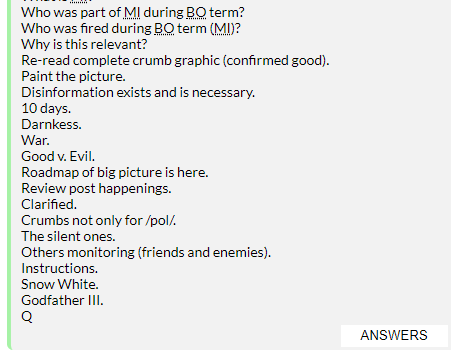 Flynn was fired during the Obama term, from Military Intel/DIA.

For more on the Silent Ones, check out these videos:

Very interesting stuff!  This is what our POTUS and those around him are dealing with, the Secret Societies.

Translated Spiritcooking with Hillary *Molech* is in the NYPD Weiner files.

You can read more about the Y=Molech in my previous article.

General Flynn KNOWS! And he has testified. 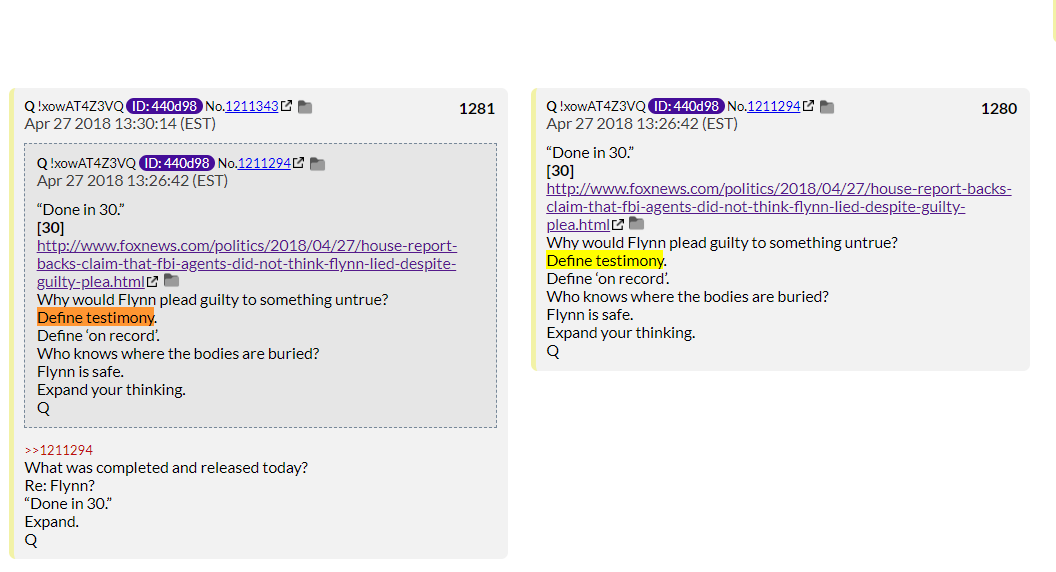 Based on the problems with 8Kun, previously discussed in the Q posts, Q is telling the board owner/public that he will reverify his trip code on the new board (/projectDcomms/) by uploading an original photo to the board when approved.

The image will be ORIGINAL to Q and the metadata will confirm the originality to Q.

The image will be of the NOTEBOOK, PEN, WATCH and DESK and methinks it is this one: 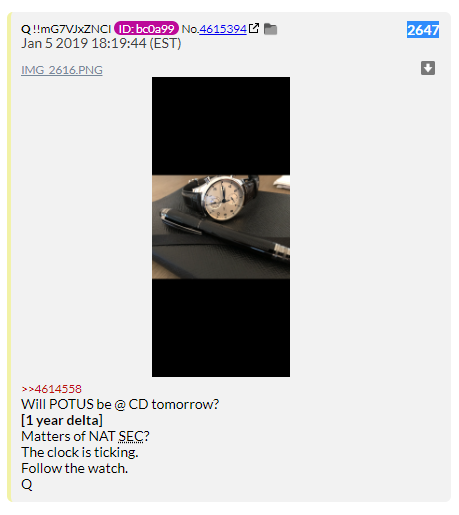 It is the only original Q image that has all 4 items showing.

Soon, Q will have his version of his own ‘patriots fight’ board back and will be able to interact with the Anons again! WOO!

Ladies and Gentlemen,
Anons present to you:

>>side by side for easy dissemination
>>just like Q asked

THE ENEMY OF THE PEOPLE! The hypocrisy is ripe: 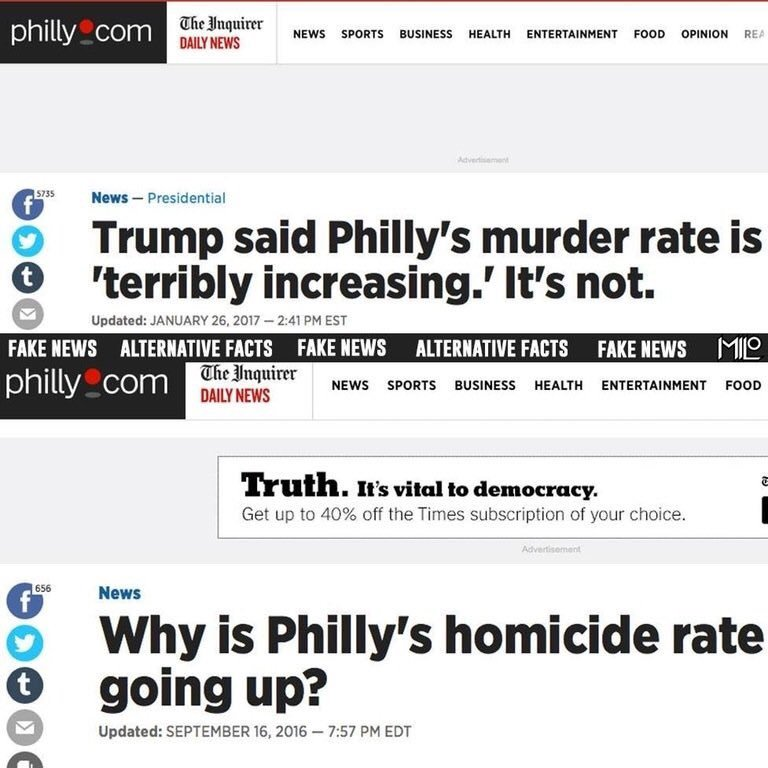 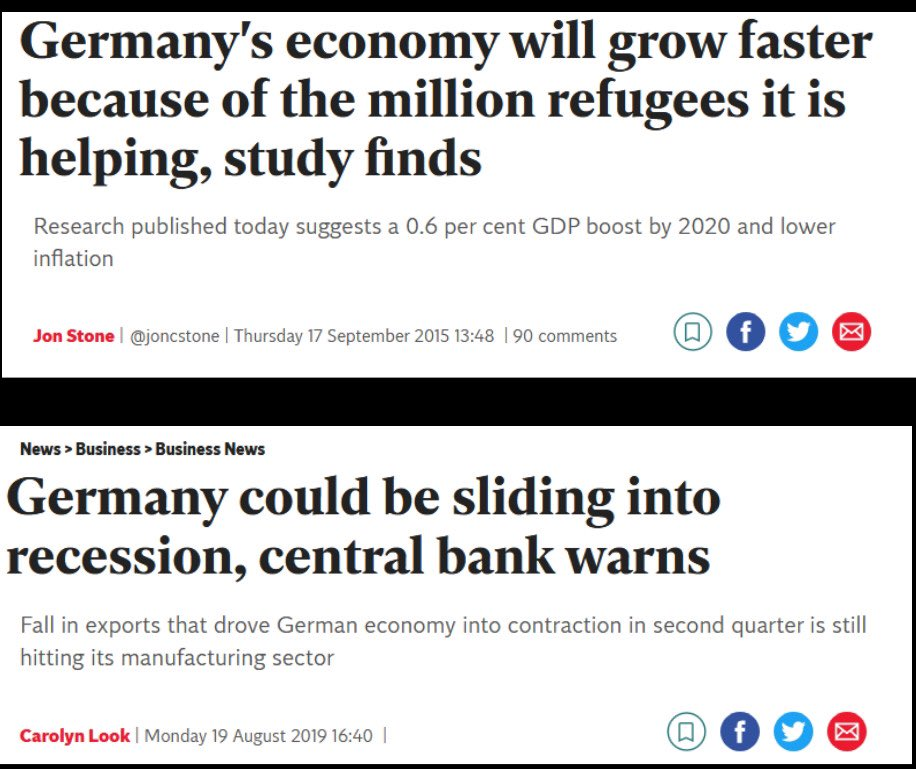 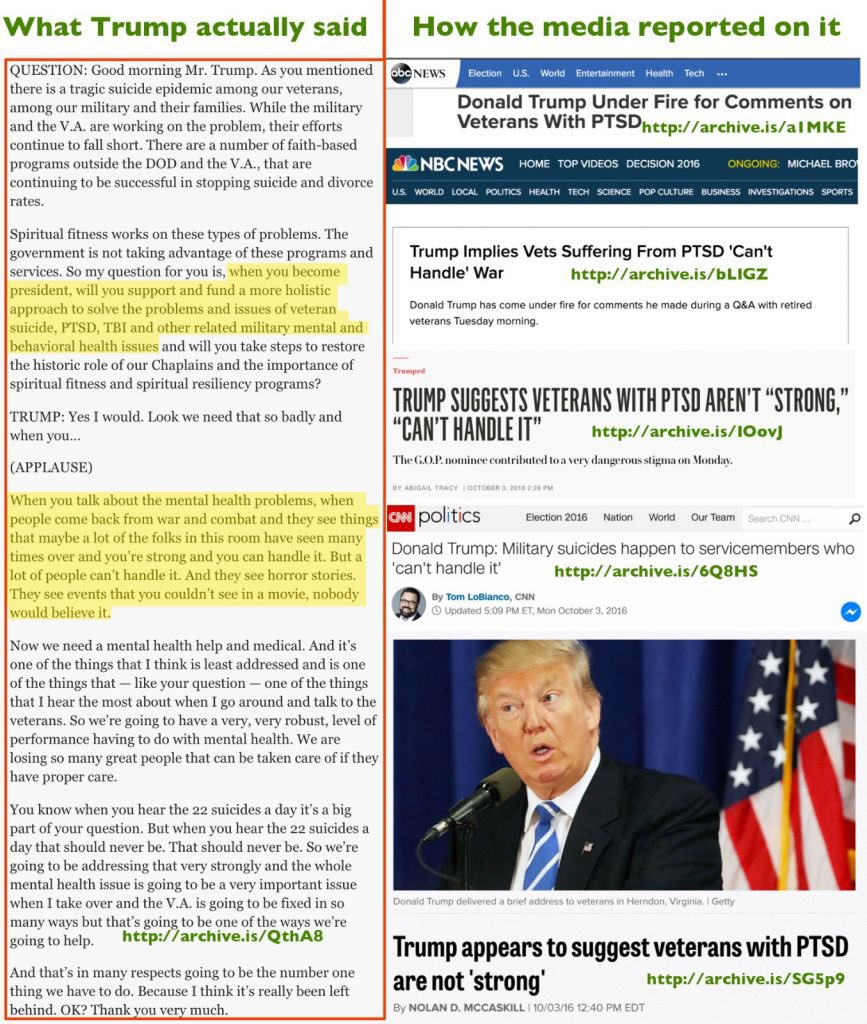 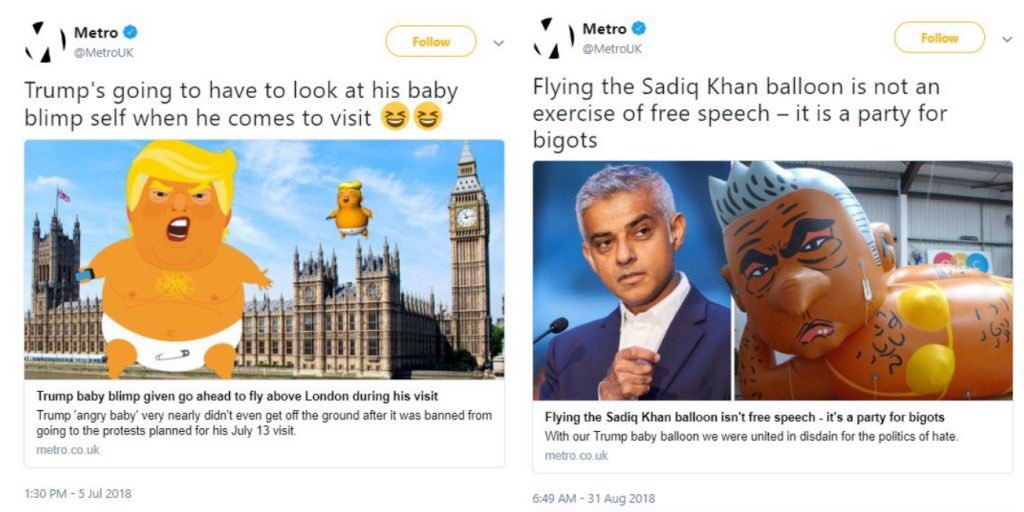 As discussed above, this is the new board that Q created and is waiting for CodeMonkey’s approval. 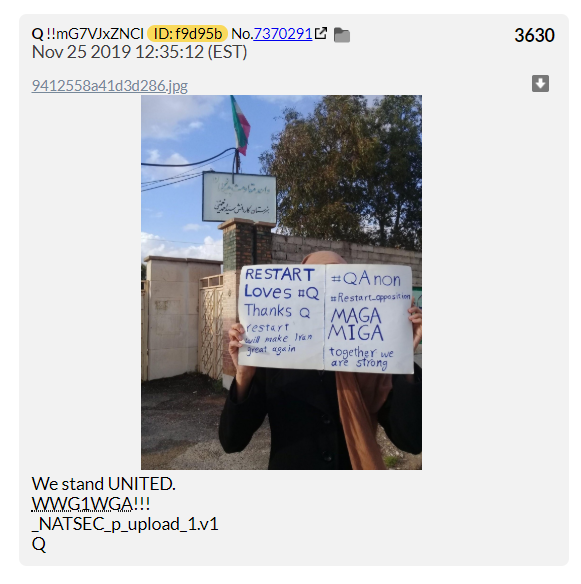 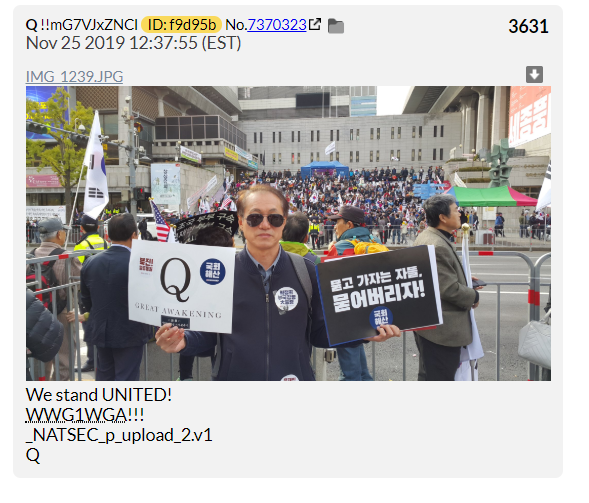 Here are some of the Anons reactions: 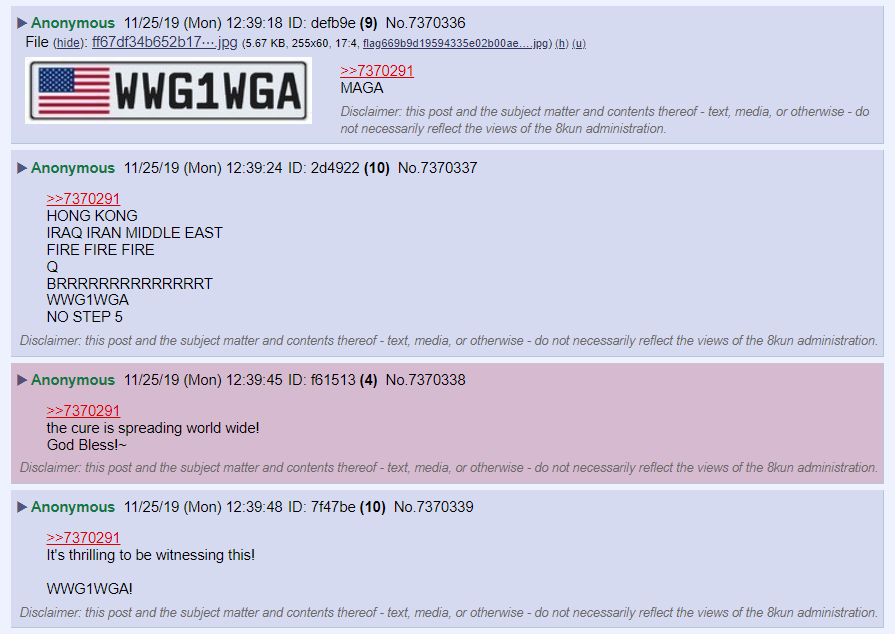 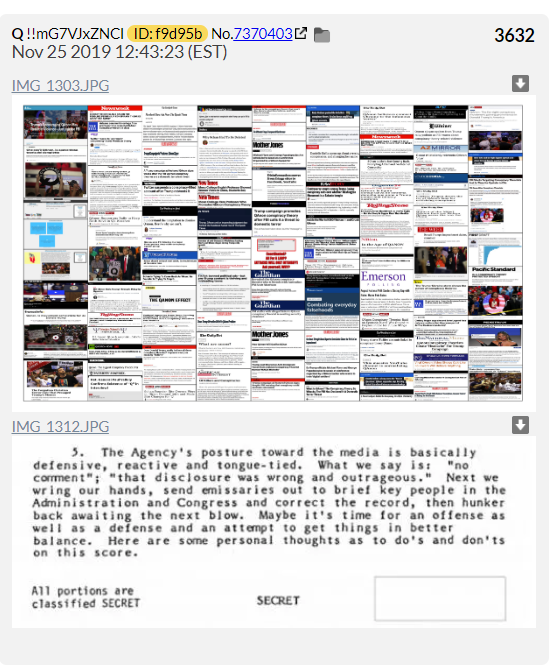 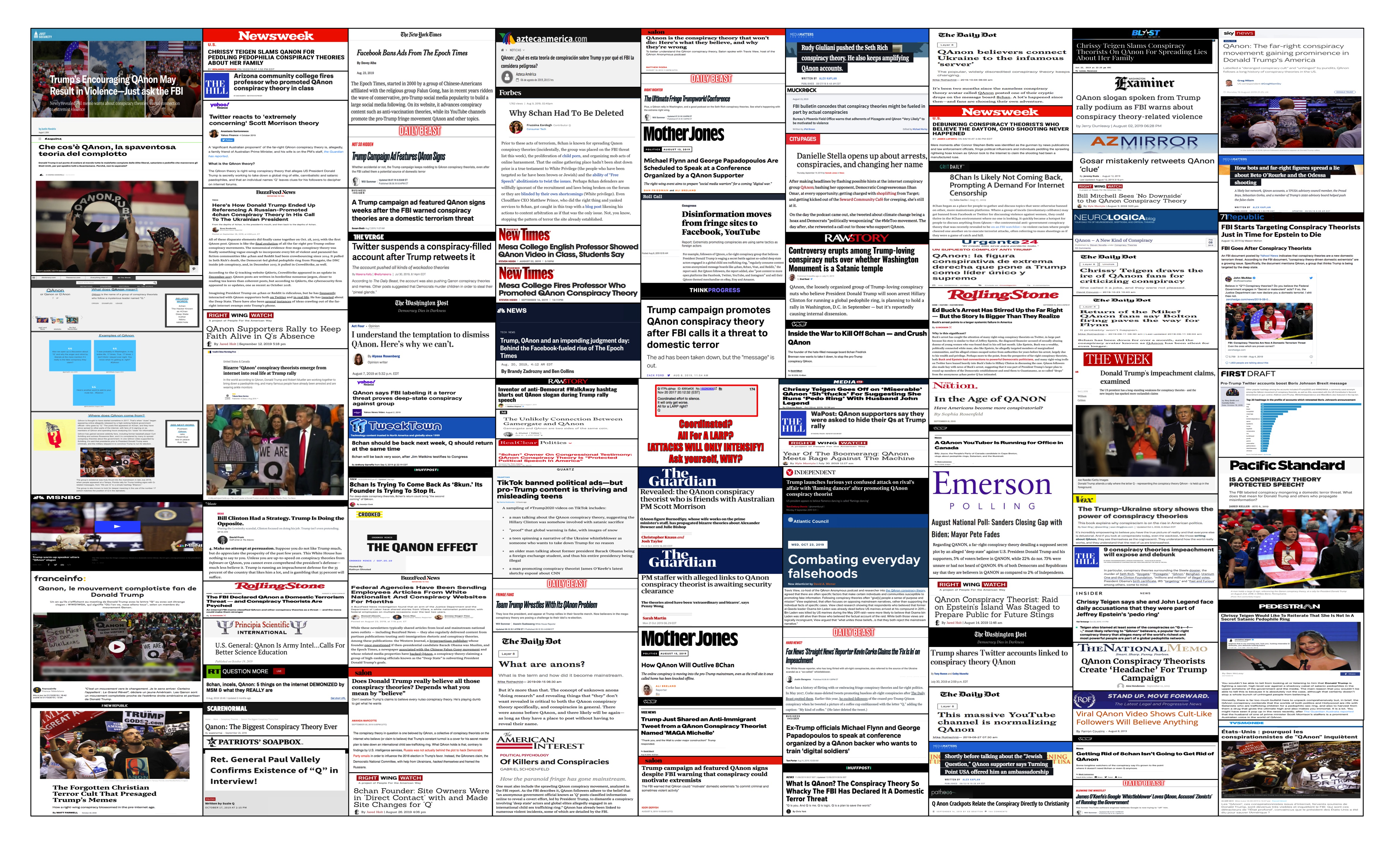 Looks like Q had clearance to share a top-secret note with us!  Look out JB!  THE AGENCY! 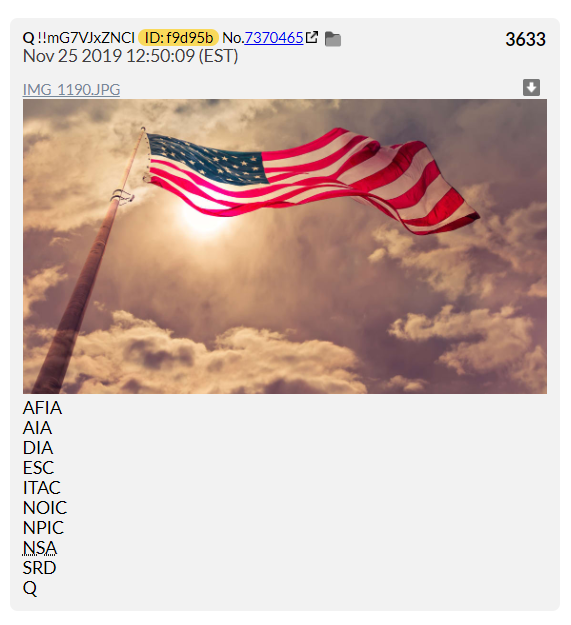 Answers from the ANONS: 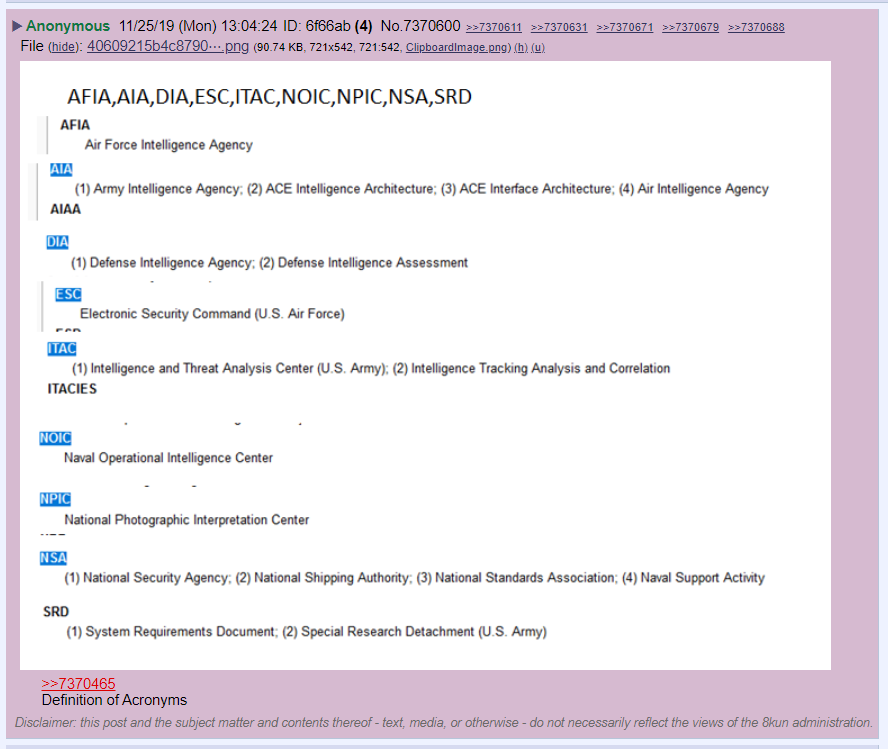 All the MI units involved in operations WW! 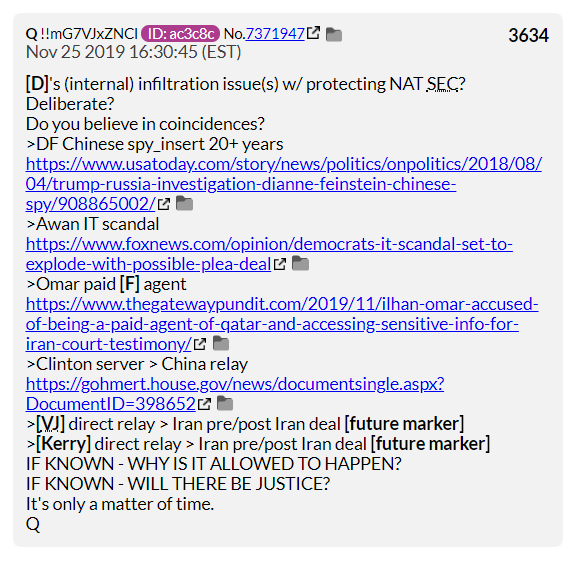 Dem’s had trouble with leaking National Security issues, this we know! 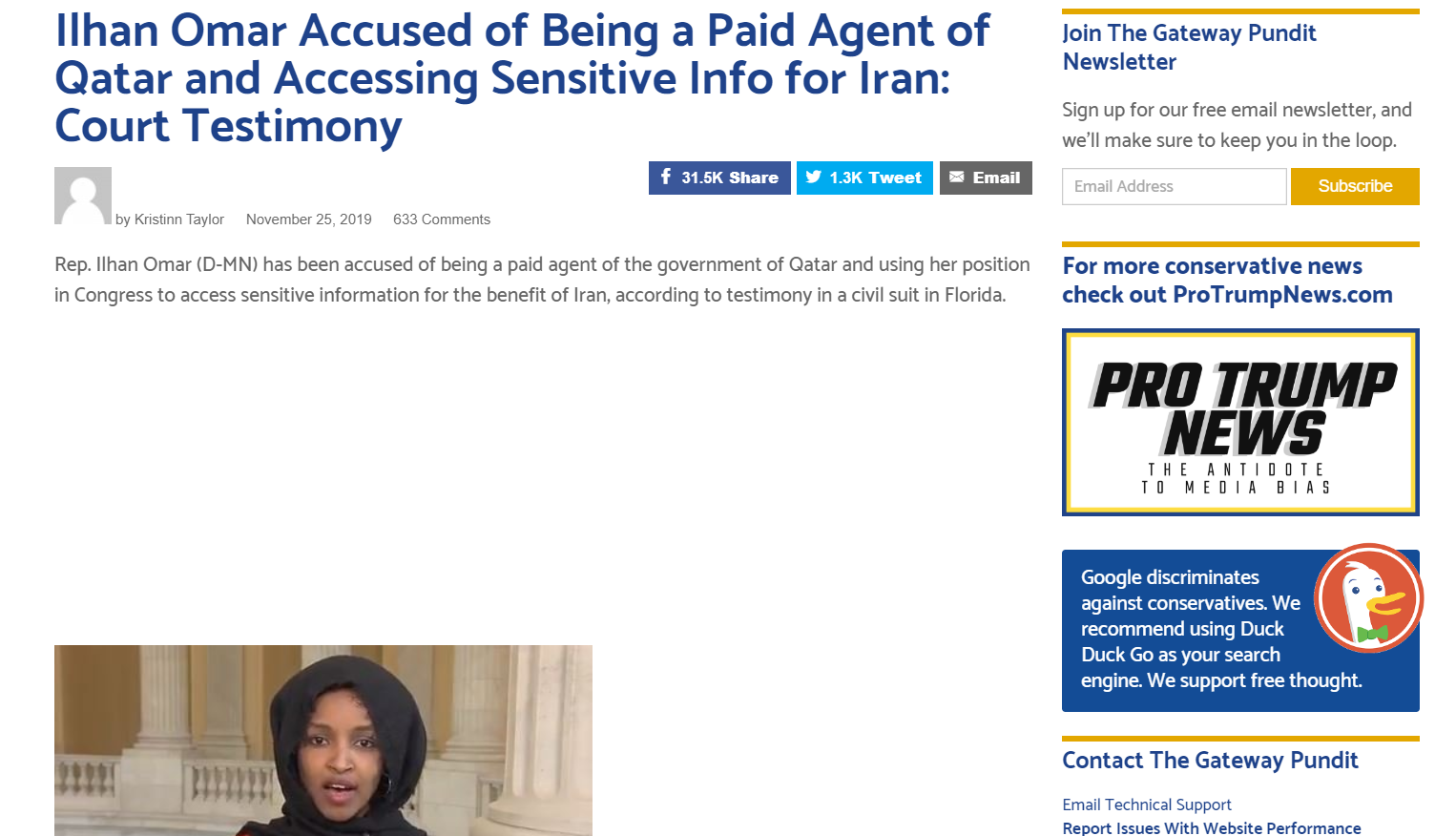 It’s only a matter of time – Q

We know VJ is Comey’s and Obama’s handler.  Muslim Brotherhood. She was committing treason while directing the IRAN DEAL, as was KERRY!

I watched this movie last night, and it is quite insightful!  Check out the trailer:

In 2003, as politicians in Britain and the US angle to invade Iraq, GCHQ translator Katharine Gun leaks a classified e-mail that urges spying on members of the UN Security Council to force through the resolution to go to war. Charged with breaking the Official Secrets Act, and facing imprisonment, Katharine and her lawyers set out to defend her actions. With her life, liberty and marriage threatened, she must stand up for what she believes in… Directed by: Gavin Hood Produced by Ged Doherty, Elizabeth Fowler, Melissa Shiyu Zuo Starring: Keira Knightley, Matt Smith, Matthew Goode, Ralph Fiennes

Watch my video at the beginning of this article where is SPECULATE on why this is relevant.

Future will prove past!

Get a barf bag, cause this will make you sick!

RUSSIAN BOTS? WTH! They are getting sooo desperate!

Who controls the media? 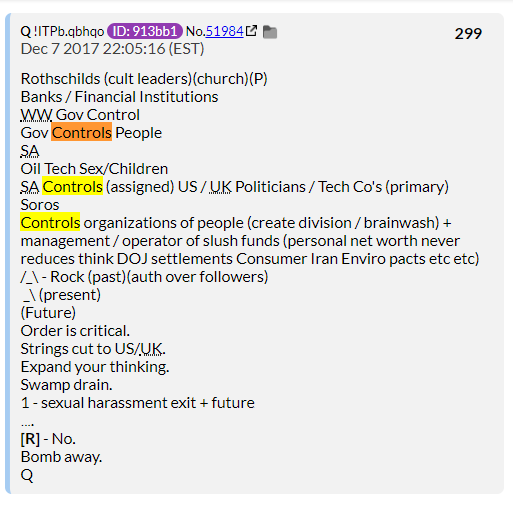 That’s it for this round of Q Posts.  LOVE YOU ALL and thank you for reading my article!

My videos are now available on:
Vimeo:
https://vimeo.com/citizensireport
Bitchute:
https://www.bitchute.com/channel/citizensinvestigativereport/
Please support my work in the following ways:
Paypal
https://paypal.me/MsKatieG
Patreon
https://www.patreon.com/CitizensInvestigativeReport
**Join Patreon for $5 or more per month and get access to my private discord as a reward!**
Mail:
Katie Griffith
PO BOX 18517
Fairfield, OH 45018
Thank you! WWG1WGA!
Thank you so much for your encouragement, love, and support!
I love you all!